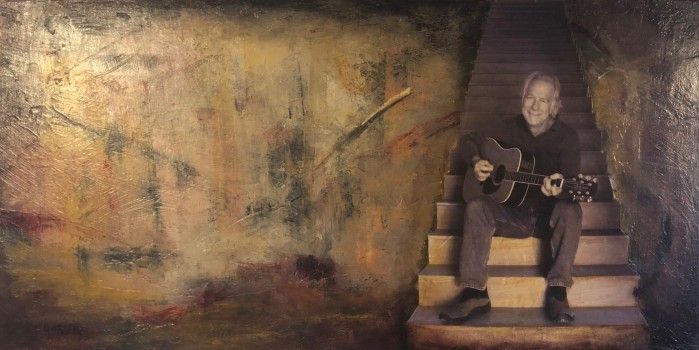 A quick note about myself.  I was born pretty much smack dab in the middle of the last century in a clinic/hospital in a small Texas town, not far from the Red River, into a lower middle class family.  My mom once said, “We didn’t know how poor we were back then.”  We stuck together.  I was whistling tunes, and called it my horn, when I was two years old.  I dabbled a little on the guitar as I grew up, but sports were front and center for several years.  I began playing guitar with some purpose after I received a Gibson guitar for Christmas in 1970, during my college years.  It became a part of my life, and I felt an increased desire to be able to proficiently play & sing around the same time that I was attending medical school in Galveston, Texas, starting in 1972.  Before I left Galveston, in 1977, I was married, and the father of one.  I trained in family practice, and “minored,” as such, in ER medicine for the next 3 years, in Amarillo & Lubbock.  We left Lubbock with three kids in tow, and landed in the Central Texas town of Fredericksburg.  We had 5 children by the time  I was 35 years old.  That’s when the songs started coming.  I wrote a number of songs around 1985 until the early Spring of 1987.  I recorded two “Records” back then.  I played music around the area with a band I called “Good Medicine.”  We were short lived, but I would say we were a pretty hot combo, when we had the chance to play.  Life got busy, music hit the back burner, and it wasn’t until 1996 that the magic came back, and I began to hear that “Small Still Voice” again. I wrote a good number of songs up to, and bridging the tragedy of 9/11/2001.  Everything changed.  It seemed my songs had a more serious tone after that as well.  They were certainly timely.  I realized around 2003, that I needed to begin recording my accumulated original work.  I chose to invest in a top of the line MAC G-4 tower, and some ancillary gear.  A friend showed me some basics, but I had to develop my ability to record,  and work to master the art of mixing Music.  I have learned from my mistakes, released & re-released projects online, and I have received my degree from the College Of Hard Knocks.  I can now hold my own, and I am ready to offer it up.

Now I find myself trying to figure out how to set up a web site.  I will be working to get my music set up so as to allow you to hear the songs that I have written, as I have lived through my life, up to the present.  I will try and figure out how to set up some interesting pages and pictures.  Both my Mom and my wife tell me I need to document the stories behind the songs.  I definitely have some stories to tell.  It is a new adventure for me. So here goes!

You are welcome to join me.  I believe in Music!

Jump Out of My Skin

This song was written around the year 2005. The words have never been more appropriate than at the present. Curious how things like that work out sometime.